What can your DNA results metadata offer you? 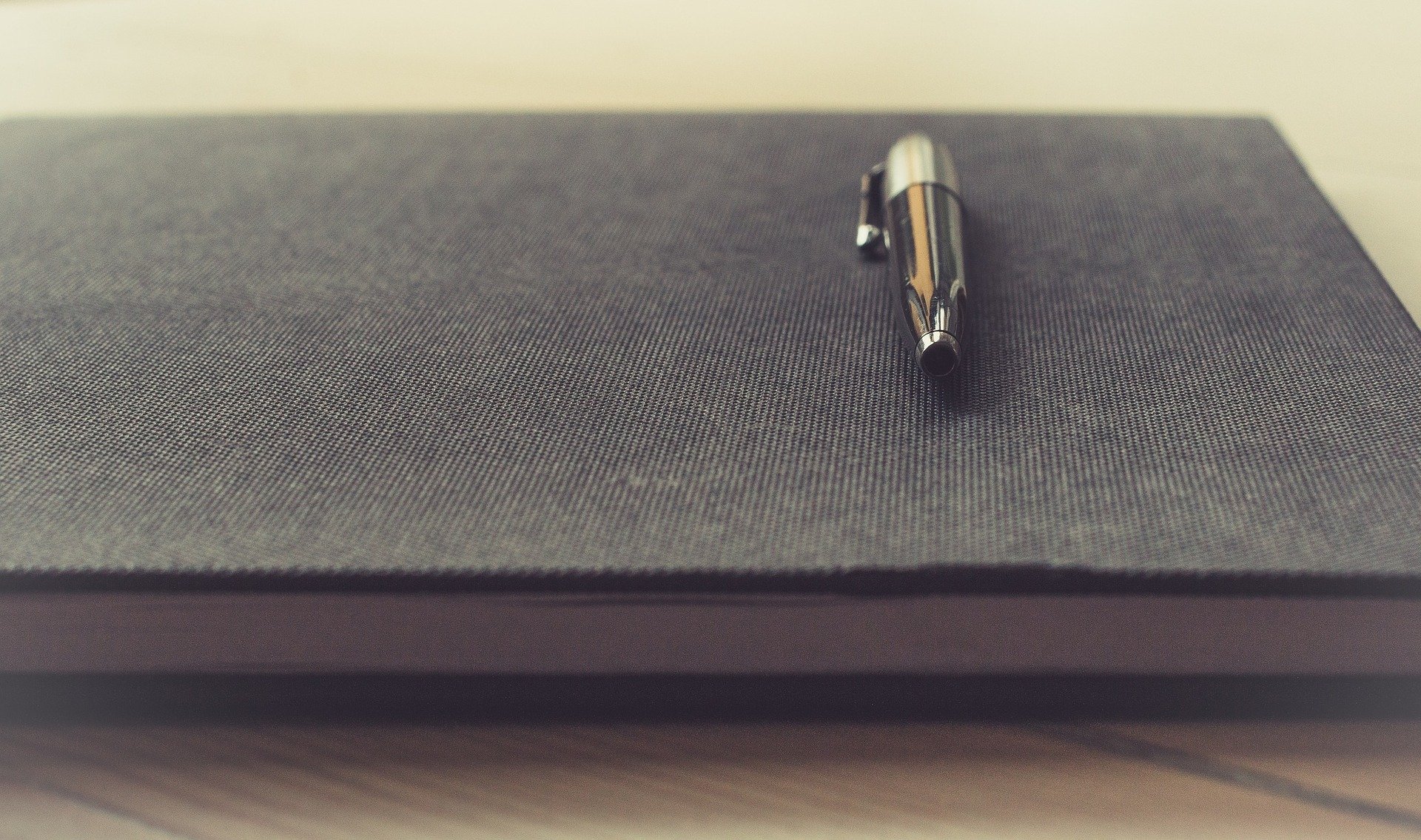 In case you're looking to start your understanding of your family ancestry, a DNA test can help. Data from DNA results can lead to useful information about inherited health risks. But there is more.

DNA results from Direct to Consumer genetic tests contain genetic variations in genes encoding cytochrome P450 enzymes. The CYP 450 are a group of enzymes that have important clinical implications for drug metabolism. Science still has a lot to learn about the inner workings of human DNA. The good news is that the specific genes that influence a person's response to drugs are well understood.

Precision medicine promises that gene guided prescribing will get people on safe and effective drugs sooner and back to their lives faster. And that's for a good reason; adverse drug reactions are the fourth leading cause of death, according to the Food and Drug Administration. The FDA has included pharmacogenomic biomarkers in the drug labeling of more than 300 medications. Some of those medications include certain painkillers, mental health medications, antibiotics, drugs for high blood pressure, which are not uncommon to the household medicine cabinet.

Genetic variability of CYP2C19 may affect the safety or efficacy of many clinically essential medications based on DNA results from the clinical pharmacogenetics implementation consortium (CPIC) dosing guidelines. Scientists obtained the frequency of CYP2C19 high-risk alleles (ultra rapid and poor metabolizers) was obtained from the 1000 Genomes Project Phase III. A meta-analysis of the prevalence of high-risk phenotypes in different ethnic groups had a pooled prevalence of 27%. The present scientific evidence suggests that African and European populations are being at notably higher risk of either sub-therapeutic drug responses or toxicities.

Pharmaceutical companies were not enthusiastic about promoting genetic tests that would limit the number of people who could take their drugs.

It's merely practically evident that when you digitize something, you can utilize it in new ways. Digitizing DNA results is a long-term dream for some mainstream researchers. The typical advantages range from the commonplace—earwax type and toe length proportion—to the extraordinary: utilizing consciousness to find new medicines and find new answers for old medical conditions. Specialists could use the crude DNA information and electronic delivering programming to computationally foresee how an individual may react to specific medications the current system every so often miss and handle the repetitive specialized work that delves into filling in all the subtleties of a proof.

If you didn't study genomics, the subject likely appears to be precise and very much reported: A gene is the fundamental physical and utilitarian unit of heredity. Genes are composed of DNA. A few genes go about as directions to make molecules called proteins. Notwithstanding, numerous genes don't code for proteins, and it's spread out not too far off in the textbooks. Yet, secondary school and college genetics—even a great deal of graduate school genetics—is a vanishingly little aspect of genetics. By far, most of it is substantially less composed.

There are tremendous, significant territories of the human DNA that have never been ultimately perceived. There are different zones where the primary material has been recorded. Yet, it's so long and convoluted that nobody has had the option to watch that it's entirely right. Instead, analysts essentially have confidence.

The motivation behind why digitizing DNA results is so engaging.

Interpreting DNA base sets into a language, a PC can comprehend powers mainstream researchers to at long last list their insight and unequivocally characterize objects. Understanding the capability of such an efficient computerized library: It is captivating that one could catch, in principle, the entire genomic information by the sheer language of rationale, and store a corpus of DNA in a PC and check it and peruse it utilizing bits of programming. By 1976, PCs showed up in labs, so PC researchers could work intimately with physicists and scholars to create DNA arrangement information. Making an interpretation of the DNA code into an amino acid grouping and printing it out are many assignments effectively changed over into a PC program. At that point, labs around the globe started to create more grouping information. Researchers were quick to get hold of data from different labs to analyze groupings. For instance, sequences from various insect species can be contrasted with perceiving how intently the insects are connected. A typical information storehouse was obviously a superior answer for the information-sharing issue; thus, in 1981 - The EMBL Data Library is established – the main focal vault of nucleotide arrangement information on the planet (forerunner to EMBL-EBI). The report became accessible over the new web. So researchers worldwide would now share information from their workstations.

Artificial Intelligence is the push to make PCs equipped for astute conduct. It is a broad catchall term used to allude to everything from Siri to IBM's Watson to ground-breaking advances we still can't seem to develop. A few analysts recognize Narrow AI, computer frameworks superior to people in some particular, very much characterized field, such as playing chess or producing pictures or diagnosing malignancy. Some scientists think advanced AI is inaccessible to such an extent that there's no reason for pondering it now. Others are stressed that inordinate publicity over their field's intensity may execute it rashly what's more, even among the individuals who extensively concur that AI presents one of a kind perils.

The discussion about AI is brimming with disarray, falsehood, and individuals talking past one another — in colossal part since we utilize "computer-based intelligence" to allude to countless things.  After the 2020 pandemic, it's not uncommon to have a work meeting, a medical checkup, and a party time without leaving your work area. What's more, our new Zoom-driven way of life isn't disappearing at any point soon. For the foreseeable future, you can rely on spending more hours on video visits and significantly less time seeing individuals, in actuality. A little startup called citochrome thinks this is an occasion to change how we interact with DNA results. You may have used direct to consumer genetic tests, which is an innovation that offers genotyping. A way toward deciding contrasts in the genetic make-up of a person by analyzing the person's DNA sequence utilizing natural tests and contrasting it with another person's sequence or a reference grouping. It uncovers the alleles an individual has acquired from their parents.

DNA results reveal ethnicity estimates and genetic traits. The raw DNA data contain information on important pharmacogenes that codes for enzymes that process medications. With the knowledge picked up from the Human Genome Project, scientists and researchers figured out how genetic variations influence the body's reaction to meds. These genetic variations will be utilized to anticipate whether a medicine will be successful for a specific individual and forestall adverse drug reactions. The field of pharmacogenomics is still at its outset. Its utilization is right now very restricted, yet new technologies are under investigation in clinical preliminaries. Later on, pharmacogenomics will permit the improvement of custom-made medications to treat a broad scope of medical conditions, including cardiovascular illness, Alzheimer, infection, cancer, HIV/AIDS, and asthma.

Such a thing isn't only some science fiction dream any longer. Science is giving a brief look at how valuable this innovation can be. However, to arrive, the tech needs a better network — particularly 5G, which is turning out over the United States and different places of the world and could limitlessly extend how we can manage DNA data, and continued various advancements.

The most reputable genetic testing organizations find a way to ensure your security, for example, scratching individual identifiers like your name from your genetic code before they offer that information to scientists. They also commonly store your data and genetic information in isolated conditions to guard against an expected hack. Be that as it may, those conventions don't guarantee a few key weaknesses, specialists state. In the previous decade, scientists have shown that by cross-referring to unknown DNA information with datasets that incorporate individual data, such as elector or registration moves, they can virtually "re-recognize" huge bits of members.

There is no one perfect solution; often, the best way is to use multiple measures to protect privacy and promote data sharing. While some security instruments may focus on de-identifying genetic information, others removing individual data, they have costs. Both diminish information utility and added asset troubles, restricting their adaptability. Further, as genetic information increments increase dramatically, adding these strategies' specialized weight could eventually slow or restrain the sharing and utilization of genetic information. While progressed technical answers for the security hazards presented by genetic information remain primarily in the innovative work stage, by and by, associations are as of now zeroing in on protection arrangements, and information rehearses that diagram protection controls for genetic information

This pandemic has quickened the movement of advancement. It has opened up shiny new or extended businesses open doors for new applications or requirements for the current applications to be perceived. While personalized innovation has ultimately shown up, personalized medicine innovation is by all accounts stuck in captured advancement. That has restricted the potential outcomes of customized health information, consolidating genomics and epigenomics components and anchoring virtual items to this present reality to connect with yourself in new ways. If people are willing to share their health information, it will be a significant advance for clinical progress. The difficulty we got with the genomics and exploration networks is that they need to lead more powerful research utilizing longitudinal, certifiable information. By connecting with people through various platforms to ceaselessly contribute their health information, the complete information becomes more significant to propelling scientific and medical research than 'second as expected' hindsight depictions. By connecting with people capably, regarding their requirements, and giving them useful information, we can plan to catch an extraordinary extent of data and scale it to quicken health movement.

Today, after it got conceivable to read DNA data, researchers discovered that a particular group of genes makes a group of liver enzymes. Referred to as Cytochrome p450 (CYP) genes, they structure the foundation of pharmacogenetic tests. The CYP genes are engaged with metabolizing the more significant part of the available medications on the market. They convert certain drugs into their active form, make a few medicines more or less toxic, and process them at various speeds: Ultra Rapid, Normal, Intermediate, or, sometimes, not under any condition. Many DNA variations that influence our reaction to medication come from our family. A part of the genetic variation that causes contrasts in drugs is more common in individuals of specific ancestries.
Finally, we need to help extend the field past research into getting illnesses and keeping individuals well. There might be pieces of information into deferring the beginning and easing back malady in those populaces.